How it all started

Behind the Blue Door, up a cobble-stone alleyway, in the bustling streets of SimonsTown.

“This is where our journey begins.”

Our travels took us around the world to places like Guatemala and Kenya where some of the best coffee is produced in its raw berry form.

Starting from a small-batch coffee roaster, we knew that we only wanted to offer the best Single-Origin Coffee. We wanted to bring our love of quality coffee and its profound flavours home to our friends and customers.

Our customers  where coming from far and wide to get some of the best coffee in Cape Town, and we knew we had to relocate in order to make it easier for all of our friends to get their favourite Blue Door Coffee beans.

“Welcome to our new home”

“It is easy to find a good coffee but to find the coffee you desire is a relentless search.” until now…

Now you can order online from the comfort of your living room and have your favorite Blue Door Hand Roasted Coffee delivered to your doorstep.

Where and How did Coffee become so popular.

Back in 13th Century, coffee was first found naturally in Ethiopia.  It was then taken over and transplanted in Arabia where the Arabs where able to monopolise it. The 15th Century is where its is first recorded being consumed in the Sufi monasteries of Yemen. The Turkish where originally the first to adopt it and consume it as a drink, and called it “Khave” and often spiced their brew with cinnamon, cloves and cardamom. Back then it was also a much loved delicacy, though its secret heavily protected in the muslim nation. Through a persons will to share the secret of coffee the world wide phenomena was born.

By the 15th Century, coffee was introduced to Persia, Egypt, and North Africa. Coffee then spread to Europe where it became extremely popular, so popular that even the Pope baptised it. The Dutch were the first to start large imports into Europe. By 1700 coffee had reached across to the Americas by the French. An infantry captain who had cared for a single plant on the unbearing Atlantic voyage found his way to a small Caribbean island Martinique. Coffee quickly found its way through the tropical areas of South and Central America.

We give our thanks to the French who created the first although crude espresso machine in 1822, though it was the Italians, where in 1901, Luigi Bezzera adopted and perfected the design of the machine. in 1991 DeLonghi was the first company to introduce a espresso machine for your house and became a household name.

In South Africa, where life is a little tougher than most of your worldly speciality coffee destinations, coffee has always been more of a necessity rather than a luxury take our very own ‘moer koffie’ for instance, used by the Voortrekkers to wake up and get through the hard times.

We like to keep all the coffee drinkers in mind. We pride ourselves in our Blue Door Blend which we believe is the coffee for everyone, it never changes. All the other coffees roasted on premises are served as single origin or exclusive blends, and all our single origin coffees score above average according to Speciality Coffee Association(S.C.A) standards.

(If you just want to wake the hell up, and get going in the morning, we got you covered, and when you are ready explore new flavours try something new, exotic and exciting we are here to guide you on your journey with cof 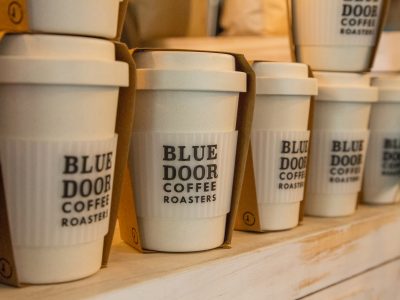 Coffee is an important subject.

For everything you want to know about Blue Door Coffee Roasters, have a look through our website. 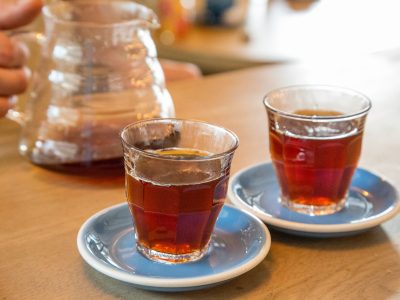 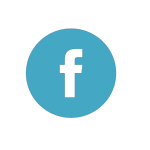 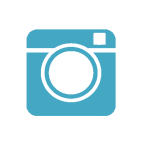